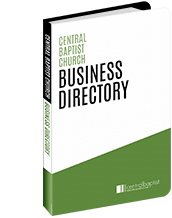 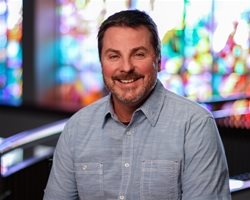 About Us
Central Baptist Church Jonesboro has not entered any details about themselves yet.

Central Baptist Church Jonesboro has not entered any details about themselves yet.

Central is a church that is focused on living out the bible. It is a church that challenges you to be better each service as well as affords you numerous opportunities to serve locally, regionally, and internationally. The pastors do not shy away from preaching the truth but do so in love. An invitation (alter call) is at the end of each message. It is a church that will help you grow no matter where you are in your spiritual walk.

I found Central on KAIT8, after the 2009 Ice Storm. The word that Brother Archie was teaching, really hit home with me. I was touched in such a way, i can only say it was the Holy Spirit reaching out to me. I responded, by starting to bring my family to Central on a weekly basis in 2010, because it took a year to convince my wife I wasn't being crazy and was being called, and this would be our church. Even though it was a 90 mile, one way trip, I felt moved to do this. When asked why by everyone, because everyone really thought we were crazy, I just said that this is where God told us to come. Myself, my mother, my wife, and my oldest son came to salvation here. You would think that is reason enough for God to bring us here. It wasn't. Fast forward to 2014. We connected with a life group in August, and that same week, my son, who had been battling a kidney disease since 2005, went into a relapse that he never came out of. In late 2015, early 2016, my son went into kidney failure, got onto dialysis and was in need of a kidney transplant. We started looking for donors in late 2016, but nobody in our family or our immediate friends, were eligible. Only one person was eligible. Only one person was able to go through all of the screening and become the kidney donor to my son. He just happened to be a man that we met in the life group that we connected with, the week that my son started on the road to kidney failure. God made his plan known to us. He had to have us come this far, come here this long, and connect with this group and this man, at the exact time that my son health's would go into decline and his kidney's would begin failing. We love Central, all the people, the teachings, the multiple blessings, not from them, but from God using this place for His Glory.